A Magnetic Center is the culmination of years of work and focus on time, repetition, ritual, communication, expression, endurance, emotive action and movement by drummer and percussionist Jon Mueller. The preparatory work revealed often deeply complex and personal responses from audience members from over 25 cities in the US and Canada. 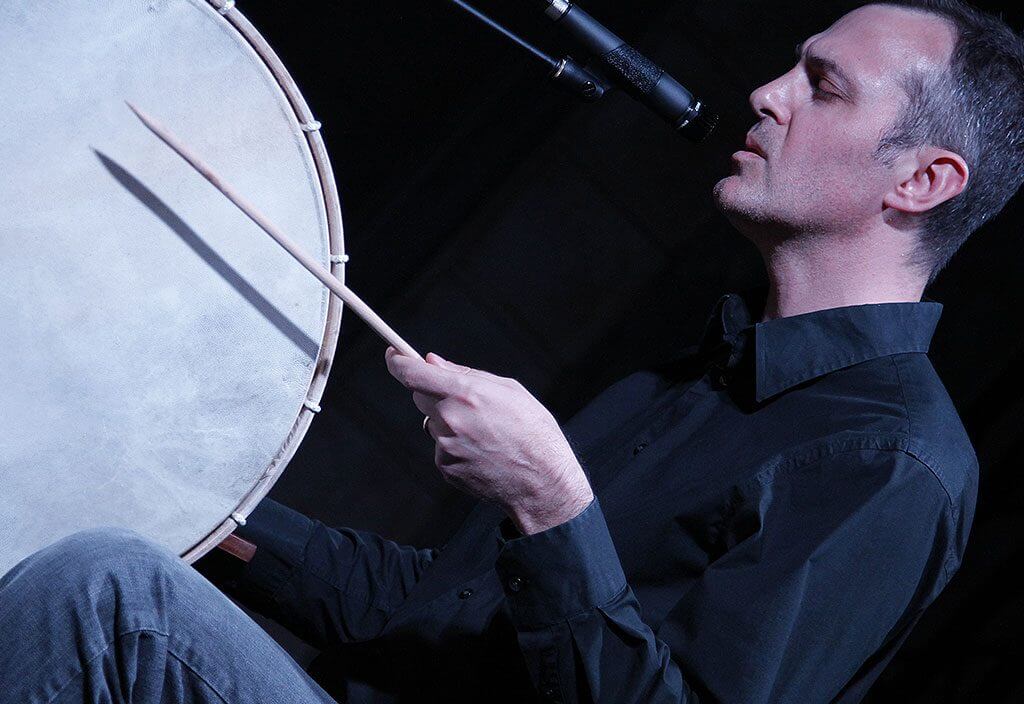 Consisting of solo percussion and voice, using a hand-made Arabic bass drum and looped wordless vocals, Mueller conjured world music and sound while remaining very particularly other worldly. Drawing from minimalism and a variety of musical and non-musical disciplines, including meditation, trance, and physical stamina, these performances have been described by audiences as resilient, intense, and meditative. 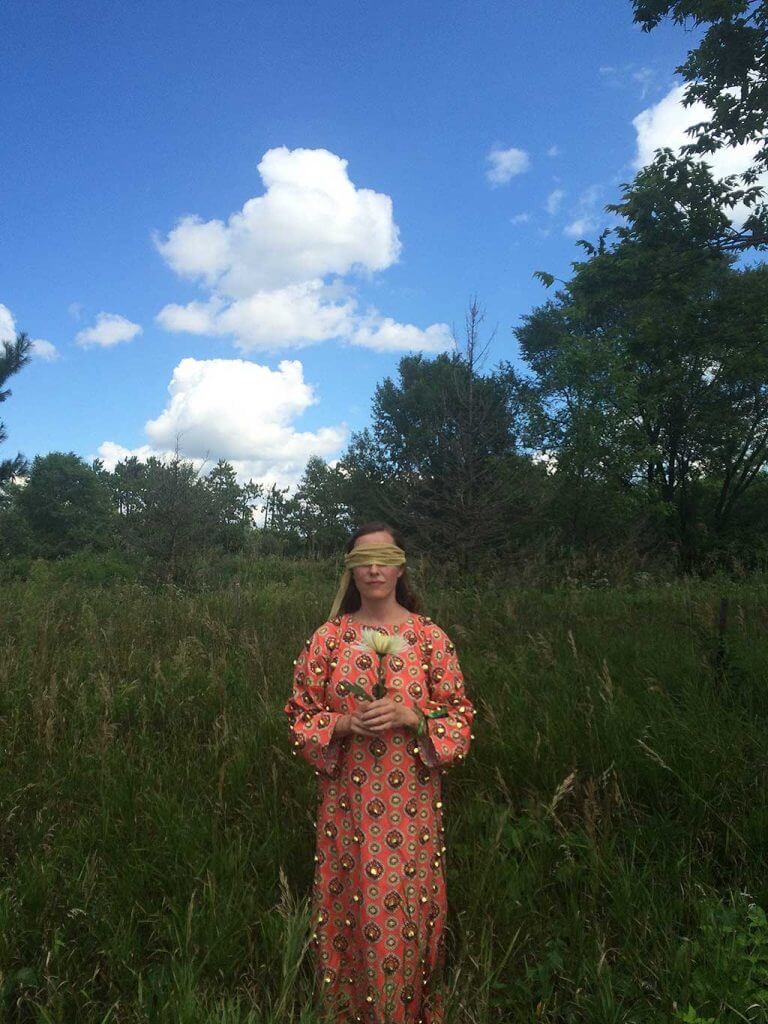 In addition, a very special performance of this project occurred at the 2016 Eaux Claires festival. Featuring choreography and movement by Dawn Springer, along with Ania Hidalgo and Christal Wagner. Costumes for the dancers were designed by Teresa Mueller. These elements, including a specific type of flower placed throughout the stage in pattern and handed to audience members, and damaru played by Ania and Christal, developed the music into an even more purposeful ritual.

The aim of A Magnetic Center was to engage an audience in listening practice by creating a variety of input both recognizable and not, understood and not, which causes a unique experience in each individual.

Previous Communion
Next Another