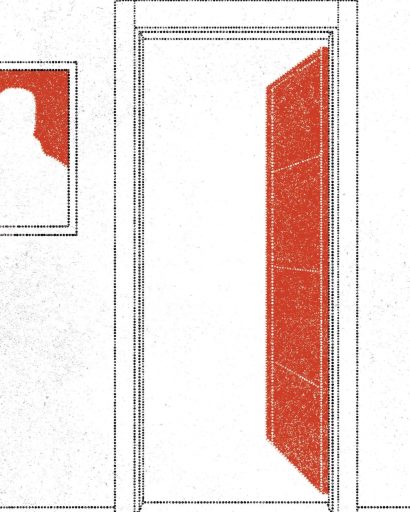 In late summer of 2021, I woke in the night and couldn’t fall back to sleep. It was then that I discovered a tweet by Sarah Hennies that read, “does anyone want to perform at my gallery?” After not playing in public for so long due to Covid, such a normal question seemed extraordinary. I thought about the last time I played there and imagined what it would be like to be there again.

I fell back to sleep thinking about the possibility of taking a vacation of sorts, culminating in a show at the gallery. Come morning, my thoughts were far less limited. If a show there was possible, why not other places? Before long, I had booked my longest solo tour to date.

Prior to this, I had been mainly improvising with drums – the drum kit around the time of my SOLO project, and then variant percussion set ups consisting mostly of different sized tom drums. It made sense to me to pursue this new tour in a similar way, completely improvised. Never would I have thought about something like this before, let alone done it. At this time though, it made complete sense, and I was very comfortable with it. The unknown vs. endless possibility. Anything could happen. I could do whatever I wanted.

Of course it’s more involved than that though. What I “wanted” had much to do with what I was hearing and what I wanted to hear. After a year in the basement, I knew that playing would sound much different in other spaces, and those kinds of variables excited me as I imagined what it would be like to play with and react to those differences.

Each venue on the tour revealed a particular situation, or what I ended up referring to as “behavior.” My playing didn’t change all that much, but the behavior of the space did. Sounding different, feeling different, I became focused on what each night would bring to me. My playing was my playing, but I got something else in return in every scenario.

The recordings from the Buckland Museum in Cleveland, OH and at Silo City in Buffalo, NY are two examples of what I’ve described. These were released in different digital formats in early 2022. Both of them heavily informed the direction I would take this project next. To me, these recordings represent the collaboration with a space. My playing was different in them than other nights of the tour, and listening back to these, I recognized that I needed to be less conscious of doing whatever I wanted to do, and more aware of how what I did interacted with the room. This kind of attention could help create more acoustic effects beyond the strikes and textures of improvising, and provide me and the audience with an abundance of listening opportunities.

More performances are planned for 2022, with the final concert for the project happening in Chicago in June. Now with more of a structural framework in mind, I’m curious again to find out what will be revealed in a variety of different spaces, though I am confident that there are endless possibilities in the unknown.

Previous The Examination of a Secret