Years ago, I found Bryan Saunders’ work through MySpace and I wasn’t prepared for it. It was not what I expected and it struck me as I watched video after video on a Sunday morning, eventually being brought to tears. Saunders has a great talent for presenting issues that have been covered before, but making you feel like you’re confronting them for the first time. It’s highly personal. I immediately bought all his CDs and sent him a personal note.

Soon after, on a trip to NY, in a van full of people, I put in one of the discs and played it loudly. After a few minutes, someone requested (demanded) to please turn it off. They said, “I get it. I just don’t need to hear and think about this stuff.” It’s that sense of confrontation that really appeals to me about his work — self confrontation. What the work produces is a situation not between Saunders and the audience — the confrontation is between the audience and themselves.

The following are a couple questions I recently sent him via email. 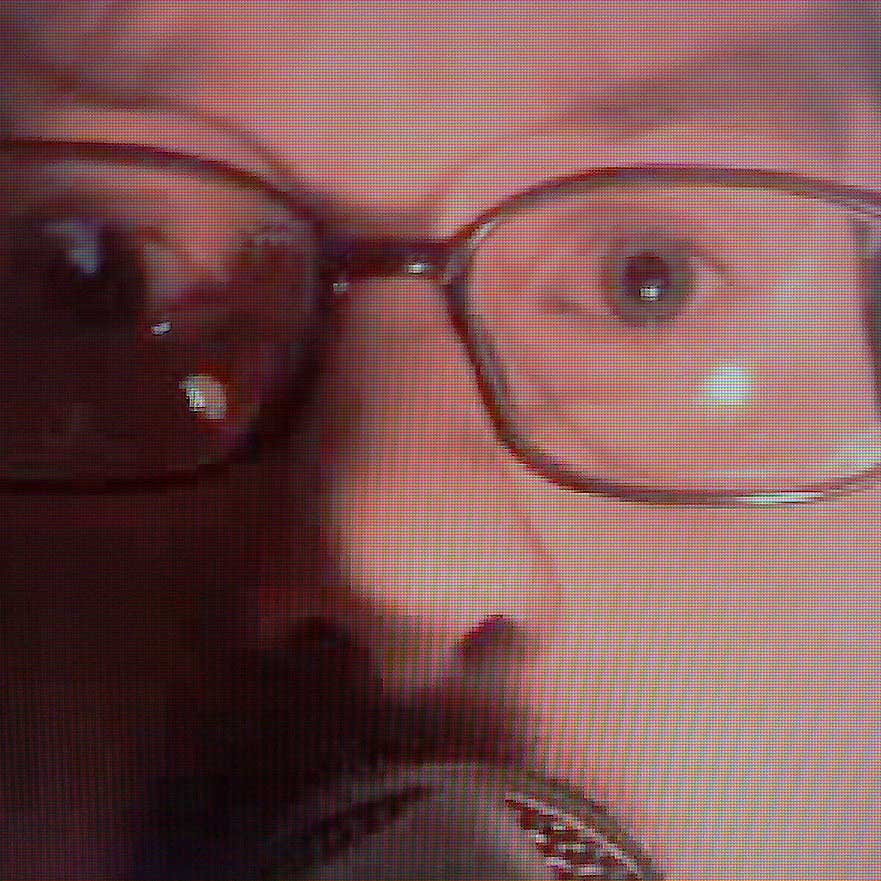 Your work is visceral, both in content and presentation. Talk about how it began; was it initially focused on writing, and then performance?

Actually it began with the restrictions I placed on myself as a visual artist. My ideas concerning the visual arts were both liberating and yet extremely limiting. While working within the tension between total freedom and self-imposed confinement for over a decade, I managed to become a more ‘feeling’ human being. Feelings like guilt, sorrow, empathy, essential feelings that were in many ways foreign to me in the beginning and had to be nurtured, all seemed to converge and explode in a desperate new behavior for me. Performance.

I do not consider myself a writer or a poet at all, though many seem to disagree. I have always been a storyteller socially however, it is only now that I am able to inject them with powerful feelings and tell them with tears in my eyes instead of grimacing or laughing. There are other factors too of course that helped lead me in this direction; the few special people I’ve had relationships with, and of course other artists whose works have had a profound impact on my life.

The performance element carries many facets: activism, beat poetry, confrontation, sound art, and more. What is your aim?

My aim up to this point has been to simply elicit these strong feelings in others. To make men cry in public. To make it socially acceptable to show ones pain and suffering. I do this by using any method, model, medium or combination thereof, so others can feel what I feel about any given subject. I am all about experimenting with the means, and for the most part the means is ‘subject specific’. All too often true suffering remains hidden in the home, trapped inside the trapped individual, where tragedy is only communed with others through the television. There is an exorbitant amount of high quality tragedy and suffering on TV, rivaling in many ways that of the ancient Greeks, but the intentions are not the same and the amphitheater has been replaced by the recliner. I would hate to think that Sophocles wrote ‘Oedipus Rex’ so they could sell more chariots and soap, but you never know. I prefer the more romanticized belief that the tragedies were for ritual social cleansing and the hope that it worked. Anyway, today many are turning away from the TV, so I often have to bring one with me. Next to the stories and without exception the TV is my most powerful tool.

How much of the content is based on experience, and how much is based on interpretation. In either case, it’s incredibly convincing. How do you hope people react to it?

Almost all of the content is based on first hand personal experiences and how I feel about them and have interpreted them. I will of course combine stories and exaggerate them and make them rhyme for the desired emotional impact. It is more convincing and effective to take a simile or metaphor, and turn that into part of the story and make it sound true, than it is to just use colorful language, big words and adjectives. So for the few pieces in which the content is based solely on interpretation, they were constructed in that way for that very purpose. For example, I have on two occasions thought of an idea about what it was to be a ‘feeling’ human, and then I completely fabricated stories from a single metaphor, and then told them as if they were true, so people could feel just as deeply as I did about what it meant to be a ‘feeling’ human being.

Some people might not like what you have to say, and how you say it. What do you think about that?

The occasional person who walks out or walks away during the show aren’t the ones I am most concerned about reaching, those people are OK in my book. It’s the few people that have the adverse reaction that concern me and scare me the most, and those are the people that I try hardest to reach out to. The vast majority might not enjoy it but they aren’t supposed to and they know this, so they are the ones that are the most supportive and many people are hurting or personally know others that are hurting and are appreciative that I have given them a voice. They understand the method, message and goal because I make it quite obvious throughout the performance. The occasional sicko / whack job on the other hand, that then challenges to “outmasturbate me” afterward, or says, “You just inspired me to cut off a monkey’s head! Wow, you just made me want to cut off a monkey’s head that was awesome!” those are the people that I try really hard to reach. It is probably too late for them but I try anyway, because I can identify with them and I myself fear that I could have become one of them had it not been for the arts.

Tragedy is a common theme in your work, yet the presentation implies an inspiration for positive change. How much do you think people can change, and how does your message address this?

I don’t think, I know people can change but they have to seriously want to. They need the right emotions and they need the will. I myself went from being a self-involved violent criminal with little or no affect, to being a sincere and thoughtful, feeling human being. But it took a lot of work and time, not to mention will, luck, fortunate friendships, art education and believe it or not even racism in sentencing, to name a few. That is why my messages can seem so varied. I’ve gotten pretty good at channeling the essential feelings, to instill the will, that is the true challenge. Brainwashing only lasts as long as the subjects are under your control. It is probably a near impossible task, but it’s important that we continue to try anyway and plant the seeds of the essential feelings. So the people who are suffering now know that others care, and so the ones that don’t care know how badly some people are suffering and perhaps can even feel it a little themselves. It is a double edged approach. We should not allow people who are suffering in pain to do so alone, eventually they won’t feel anything anymore, and that is when we run into real problems. This is why my stories revolve so much around the subjects of sex, drugs, physical and psychological pain and institutions. These subjects seem to be the most direct way to reach those that are afflicted already as well as the most interesting subjects to those that are already numb.

More information on Saunders’ activity can be found at his website.

Previous Interview with Andrew McKenzie
Next Discussion with Raymond Dijkstra