When I first heard the music of Richard Skelton, it struck me in that rare way, like being somewhere you’ve never been, but feeling some sense of familiarity. It’s warm and comforting music, unrushed and with plenty of breathing room. Whether working under his own name, or monikers like A Broken Consort (see video at the end of this post), Carousell, and Clouwbeck, each focuses on spatial layering of mostly acoustic instruments that reveals new details with each listen. I’ve long since wanted to ask him some questions about his music, but felt it difficult to even express my curiosity. In some ways, his music just is, and I partially feared that trying to define the myriad of layers and textures that exist within it might take away much of the listening experience.

However, the perseverance of my curiosity, and his answers, ended up proving there is indeed a wealth of value where the ideas come from. Skelton doesn’t overthink his work, but he does have a deep understanding of it, why he does it, and what he hopes to achieve by doing it. Read on to learn more about it all, and if you’re unfamiliar with his work, do yourself a favor and dive in headfirst – it’s a vast and magnificent sea. 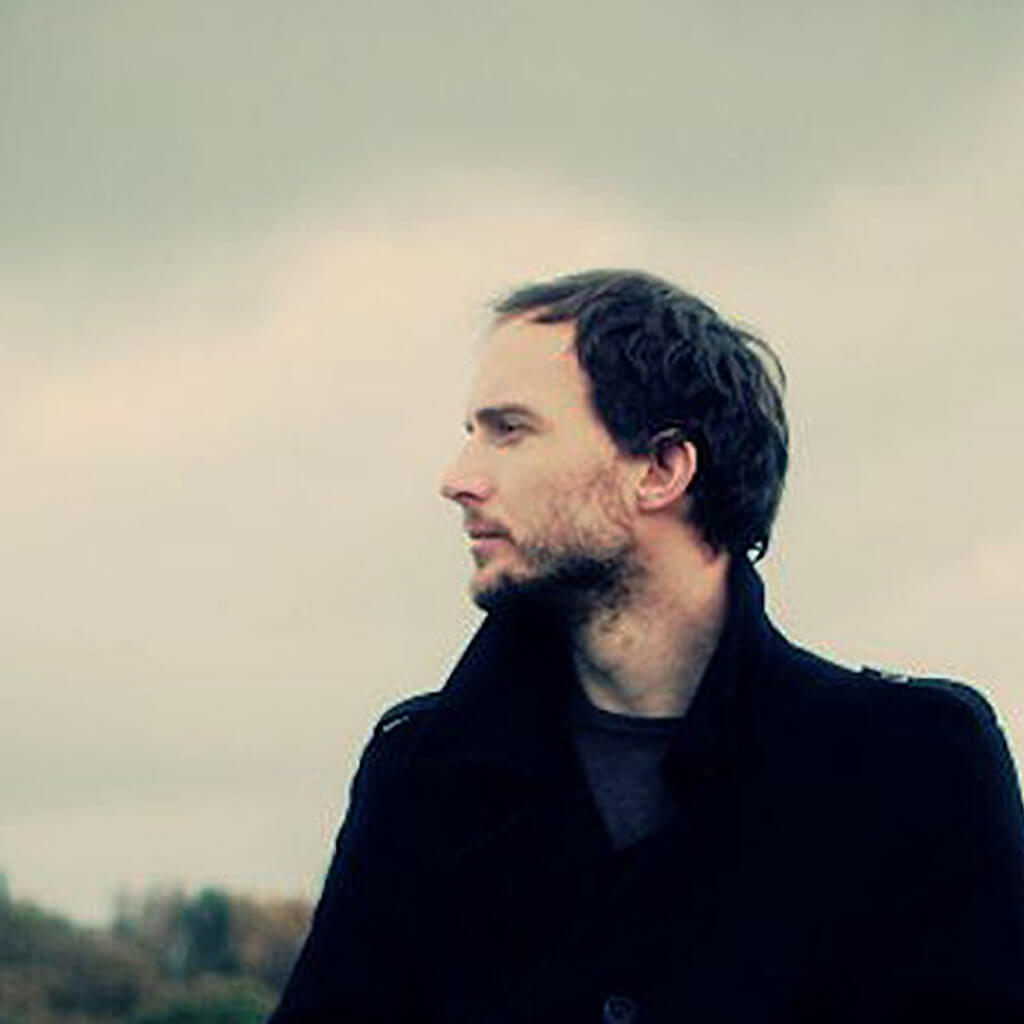 I’m not sure there was ever a pivotal moment that switched me on to music. I’ve simply loved it for as long as I can remember. At primary school, around the age of 8 or so, I tried violin but didn’t show much promise. It didn’t help that there wasn’t a very enlightened attitude to left-handedness back then. I was obliged to play the “wrong” way around. It made learning a difficult instrument nearly impossible. The legacy of those times still endures, though – nearly 30 years later and I still have difficulty finding a left-handed fiddle.

How did your current approach to working with it develop?

My current approach has evolved from the simple desire to do something both commemorative and life-affirming. To be taken out of myself. To feel anchored. To grieve and to celebrate. Consequently, everything has its significance – the objects I use, how I use them and in what context. Over time this has come to involve a series of largely private gestures. One might call them rituals. As my music is instrumental, I find non-verbal ways of investing the process with meaning.

As for the music itself, to me it’s very grounded. Earthed. I try to capture with each recording the tactile physicality of the sound-making process – the collision between skin and wood, the resonance of steel and wood, the whine of horsehair on metal. It’s quite visceral. Each piece of music is a decoction of the unique, unrepeatable sounds, the moments of unforeseen beauty, the fortuitous mistakes…

What role does environment play in your work?

For me, forging a connection with landscape through music has been a way of feeling part of something larger than myself, of anchoring myself during a time of great personal upheaval. The landscape itself has answered many of my questions and asked a good many more in return. The redemption it offers isn’t easy. It means the loss of the self, a surrender of those very things that we hold dear. Love. Familial ties. Memories. It can be a form of release and a kind of horror. But paradoxically, the landscape also remembers. It enshrines the smallest and the most seemingly inconsequential in layers of soil. A leaf. A bird skull. A seed.

This threshold between loss and endurance, the ephemeral and the remaindered, the spirit and the body, is a place that I’ve been drawn to time and again over the past few years. In a way music represents the former – the fleeting, the insubstantial, the aetheric – and the physical object (the CD, its artwork and its packaging) is the latter. This is why packaging continues to matter so much to me – it creates a landscape for the music to inhabit. Grounds it in reality. Gives it weight and form.

You might well ask – how can one form a connection with landscape through music? This is another paradox, because I think that music can do more than evoke, it can become. Literally, music is landscape. If the instruments partake of the earth – if they are played within the chambers of the landscape – then a bond is made. Similarly, if I lay a small stone, a piece of bark, a feather, on the body of an instrument, then an exchange occurs. Each becomes an extension of the other.

The fitting conclusion to such an act is to return the music to its place of origin. Hence recordings I’ve made in this way have been packaged and returned to the landscape in the form of a gift-token. This gesture is a way of memorialising place, of naming and letting go.

At some point, text can inhibit communication. How can sound carry it forward?

It’s a moot point whether sound is any less mediated that text. Sound seems direct – less hindered by semantics, by rules of exchange – but when sound becomes music, it becomes a language, and is subject to similar complex dictates. There are rules of harmony, consonance and composition. Exponents of literature, art and music have all sought to liberate their respective artforms. Joyce. Picasso. Stravinsky. But such bold moves are rarely accepted wholesale into the mainstream culture. Inhibition seems to be the norm.

It’s also interesting to think that we rarely listen to music that is shorn of context. We like to place it in terms of its authorial and cultural provenance. We require liner notes and biographies, not to mention critical evaluations which assign merit and assess authenticity. Which instruments were played? Who played them? What style? Genre? And as music becomes subject to social and cultural dictates, so it becomes influenced by the whims and prejudices of fashion. Sound becomes dated. Boring. Obsolete.

Nevertheless, there is a whole component to music that isn’t necessarily about communication – about a form of language, or rules and protocols. This is music as reverberant energy, as vibration and resonance. Perhaps this is what we mean when we talk of music being “pure” – most of my musical work through Sustain-Release has been about exploring this transformative, life-affirming quality.

You’ve begun working with books as a medium – What kind of experience do you hope to achieve with these?

At some level, writing and musical notation are the same thing. For me, the impetus behind them, the implicit gesture, is identical. They are both drawn from the same well-spring of creativity, and aspire to communicate the same truth. Part of the joy of the process is in not knowing what will come through. Any particular musical piece could just have easily been a text, an image or some other form of mark-making.

A good example of this diversity is “Landings” – which comprises 12 musical compositions that are nourished and enriched by the accompanying book. It’s my hope that the text adds another layer to the experience, by describing the music’s provenance and framing it within an oblique narrative about a particular landscape, its history and topography.

But equally, there are moments when the music or writing carves a channel for itself. Corbel Stone Press, founded by Autumn Richardson and myself in 2009, is primarily a poetry press, dedicated to writing about landscape, nature and a sense of place. Our aim is to create a kind of poetic map of the landscape, by enshrining a single poem or small collection in a hand-bound chapbook. So far we’ve published four, each dedicated to a different location within the British Isles. As we’re currently living in an area known as the Burren, on the west coast of Ireland, we’re hoping to extend the map in this direction very soon. These things are offerings. Small tokens. It’s our hope that they’ll resonate with people – especially those who might not normally read poetry – and inspire them to reflect on their own landscapes, and their own sense of place.

Previous Interview with Wittmer + Knowles
Next What Do You Hear?