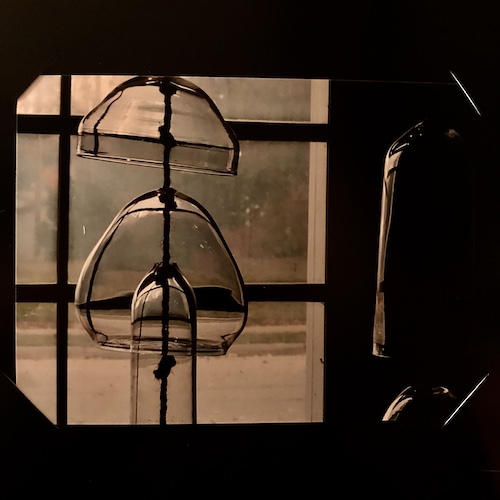 ‘Clarity Cycles’ focuses on various sized glass instruments made by Jeremy Popelka in mid to late 2018. They were played by Jon Mueller using various drum, gong and cymbal mallets and recorded and mixed throughout late 2018 and early 2019.

The cover photographs were taken by Jeremy Popelka at his studio in Sturgeon Bay, WI, where the instruments were made and the recording session took place.

This LP was released in an edition of 25 numbered copies, each with a unique photograph print cover, by Astres d’or, Netherlands. Rhythmplex has the final 10 copies for sale.